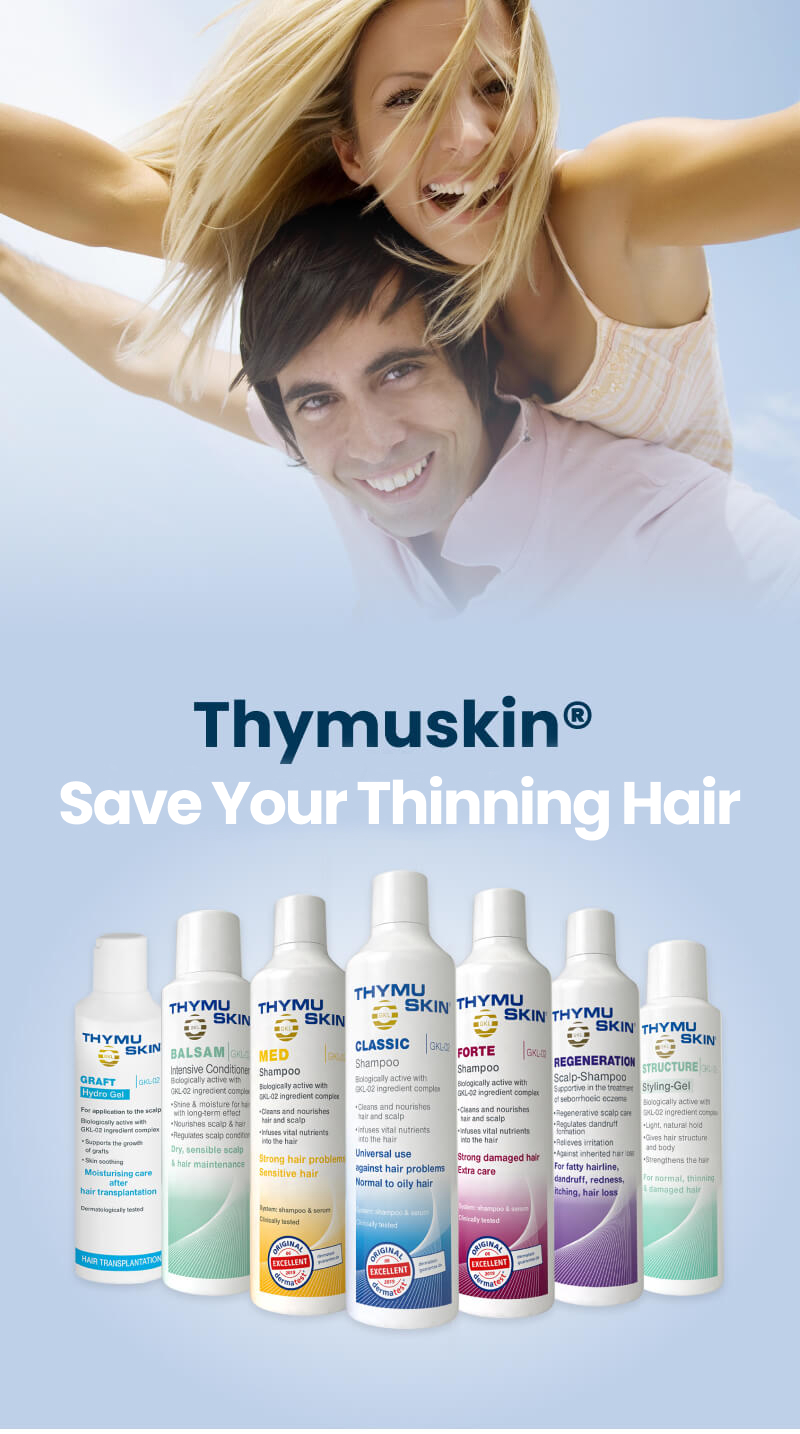 For more than 30 years, Thymuskin® has been successfully used to fight against thinning hair and was used to not only nourish, reinforce, and strengthen the hair, but also provide essential nutrients for general hair care, all leading to noticeably thicker hair.

also recommended by Dermatologists because it is clinically proven and is suitable for both men and women with no reported side effects. 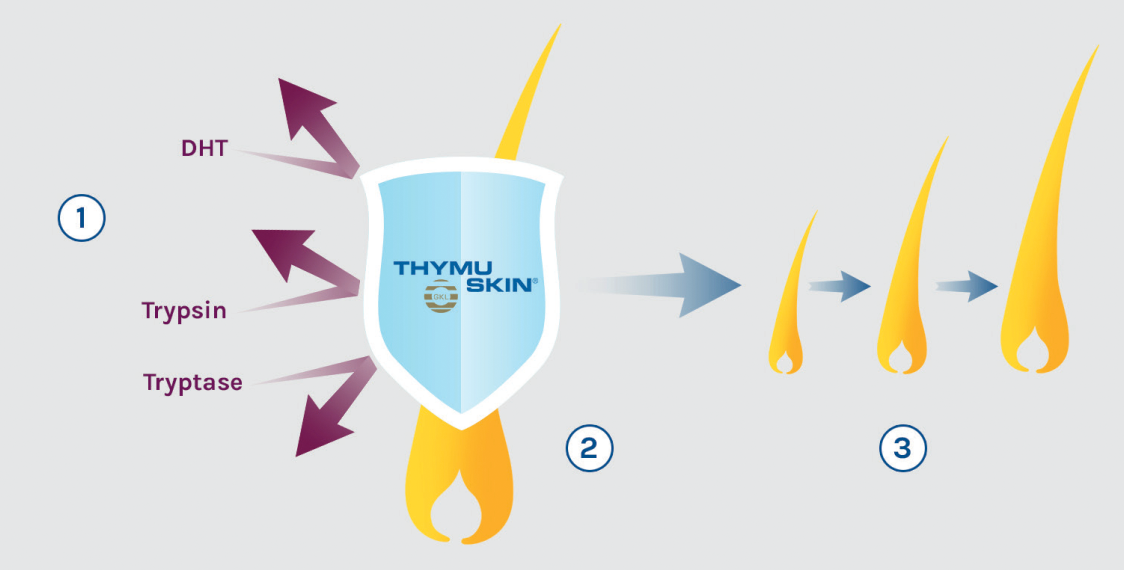 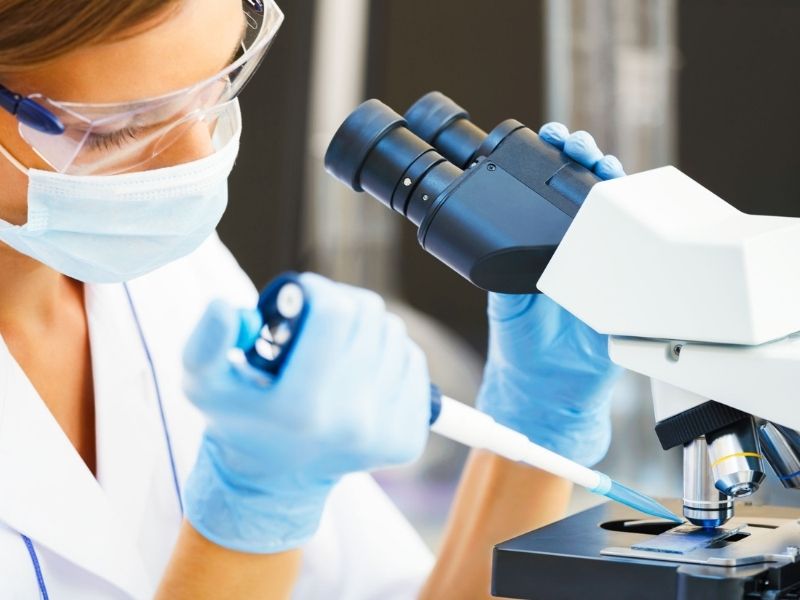 Studies and controlled observational scientific investigations performed on more than 1,000 men and women at dermatology and university clinics in Germany and internationally have verified the effectiveness of Thymuskin on all forms of thinning hair.

Developed by Vita-Cos-Med Klett-Loch GmbH in the 1970s, Thymuskin® quickly became regarded as one of the leading preparations worldwide for counteracting thinning hair and for encouraging the formation of new hair follicles. For more than 30 years, Vita-Cos-Med Klett-Loch GmbH has engaged in research, development and distribution of dermatological hair & skin-care with biologically active thymic peptide agents. In 1976, Vita-Cos-Med Klett-Loch started in the pharmaceutical and cosmetic field and slowly began demonstrating the unique effectiveness of the low molecular thymus hydrolysate GKL-01 in treating androgenetic hair loss.

The patented thymic peptide library GKL-02 is a mimicry of the natural thymic total extract worldwide. Thymic therapies have been used successful in medical practice for decades. Now, the active ingredient GKL-02 allows the application of thymic therapies - without the use of ingredients of animal origin. Further pharmaceutical innovations such as the development of the bovine-free low molecular, statistical thymic peptide library GKL-02 and numerous other pharmaceutical patents and products have followed.

You are signing up to receive product updates and newsletters. By signing up, you are consenting to our privacy policy. You can opt out at any time.